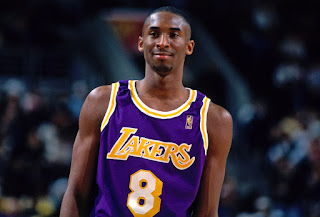 Kobe Bryant was an American basketball player who died in a helicopter crash on January 26, 2020. Even if you didn't follow basketball, you have probably heard of him-- he was a household name for a variety of reasons. Although Kobe Bryant's parents named after the city of Kobe in Japan, his name was pronounced /KO bee/ (not /KO bay/), and his name influenced naming trends for a generation.

NOTE: all name data is from the Social Security Administration database, which only reports names with 5 or more babies given in a year. So, there could have been 1-4 instances of a name in any given year a name does not appear in the database.

Bryant was drafted into the NBA in 1996, straight out of high school. This is unusual for a basketball players, as they are usually drafted out of college. As of 1996, the name Kobe had only shown up twice in the Social Security database, with 5 boys getting the name in 1989, and 9 in 1995. Before Kobe Bryant's rise to fame, Coby was the most popular spelling of the name, and it was considered to be a nickname for Jacob. Coby first appeared in the SSA Database in 1941. The first alternate spelling, Koby, did not appear until 1959. 1959 also added the variant, Jacoby. It's possible that Jacoby was pronounced /JACK uh bee/, perhaps influenced by the character of Lieutenant Jacoby in the television series Peter Gunn (1958-1961).

In the time period Coby was used pre-Kobe Bryant (1941-1995), the spelling Coby was overwhelmingly the most popular. Koby was the second most used, but usually was less than half as popular as Coby. The 1970s were a renaissance for alternate spellings of Coby. Kobi joined in 1970, Kobie appeared in 1971, Cobey in 1972, and Cobie in 1974. The last alternate spelling of the pre-Kobe Bryant era appeared in 1992, and was Cobi. The most popular year for the name Coby in that time period was 1995, with 350 babies given the name in total. Altogether, the number of boys named Coby and all variant spellings totaled 4707 in those 54 years, an average of about 87 babies per year given the name. In the years since Kobe Bryant was drafted into the NBA 1996-2018), the total number of boys named Kobe and variant spellings rose to 52,839 (an average of about 2402 babies per year).

In 1996, the name Kobe appeared seemingly out of the blue with 87 babies given the name (as opposed to 210 Cobys and 116 Kobys). In 1997, Kobe was the most popular spelling. In addition, that year, the spellings Cobe and Kobee were added.

The above statistics are just for boys given the name Kobe. Girls have also been sporadically given the name, starting with the spelling Kobi in 1958. The spelling Koby for girls didn't appear until 1976, and the only other spelling in the pre-Kobe Bryant era for girls was Kobie, which entered the database in 1978. Altogether, the number of girls named Kobi and all spellings from 1958-1995 totaled 212 (about 6 girls per year given the name on average). Since 1996, 1160 girls have been given the name (with added spellings Kobe and Kobee), an average of 53 per year. 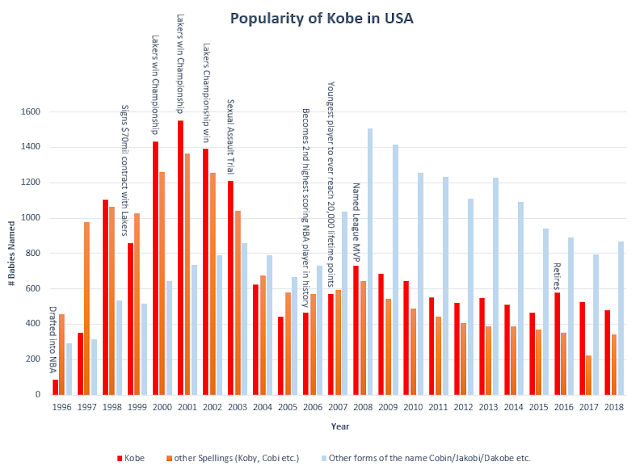 Americans often like nicknamey-sounding names to be short for longer names (for example, once the name Brandy became popular for girls, a bunch of new names were coined, like Brandalina and Brandisha that could use Brandy as a nickname). Probably because of this phenomenon, a bunch of names that could use Kobe as a short form also gained popularity. Among these was Cobin, a name given to 9 boys between 1985 and 1994, Jakobe, Dekobe, Dakobe, Shakobe, Takobe, Jacobian, and Zakobe. The most notable of these is Jakobe. Jacoby was already addressed earlier, but Jakobe appeared in 1996, along with these alternate spellings not seen before: Jkobe, Jahkobe, Jakobee, Jakobey, Jakobie, Jekobe, and Jkobi (it is likely that Jkobe and Jkobi are J'Kobe and J'Kobi; the SSA database does not record diacritical marks, or any capital letters in the middle of names). Between 1959 and 1995, 3182 boys in the USA were given the name Jacoby or another form of the name (average: ~88 per year) [note: this figure includes Jacobe, which could be either a typo or an alternate form of Jacob, and not Jacoby]. Post-1996, 19,631 were given a form of Jacoby (average: 892/year).

As for Cobin, that was the only spelling to appear in the SSA database prior to 1996. After 1996, the spellings Koben, Kobin, Coben, Cobyn, and Kobyn were added. Altogether, post 1996, 590 boys were given some form of Cobin, which admittedly isn't a lot (the most this name was used was 2008 with 53 instances), but it still is a lot more than the pre-Kobe Bryant era, which saw a total of 9 uses over 9 years (I noted above that only names used 5 or more times are reported in the SSA database. Supposing the most number a name could be used without appearing in the database is 4, this still means only 36 babies could have been given the name between 1984-1995).

In short, famous people influence naming trends, and Kobe Bryant was one such person. It will be interesting to see if there is a rise in the name in 2020 in the months following Bryant's untimely death.
Posted by Scooter B. at 7:18 AM No comments:

Here are a few names I noticed a rise in popularity for in 2019:

Middle names Blue/Blue, Joe and Dior (also James, but that has been going on for a while)

BOYS:
Adlai
Apollo
Cohen (spelled a variety of ways)
Quill (and things Quill can be short for, like Quillan, Quillian)
Killian

BOTH:
Bellamy
middle names Moon, Raine/Reign/Rayne/Rain
Posted by Scooter B. at 7:23 PM No comments:

Statistics are a good indicator of how popular a name is, but it really tells you something looking at actual names of babies in birth announcements. Many communities publish the names of babies born in the local paper, which is where most of these names were culled from.Here are some unusual names of babies from all over the USA born in 2019. No last names are included, just first and middle(s).Here is Part 3:

Statistics are a good indicator of how popular a name is, but it really tells you something looking at actual names of babies in birth announcements. Many communities publish the names of babies born in the local paper, which is where most of these names were culled from.

Here are some unusual names of babies from all over the USA born in 2019. No last names are included, just first and middle(s).

Statistics are a good indicator of how popular a name is, but it really tells you something looking at actual names of babies in birth announcements. Many communities publish the names of babies born in the local paper, which is where most of these names were culled from.

Here are some unusual names of babies from all over the USA born in 2019. No last names are included, just first and middle(s).

Because there were so many last year that I found, here's the first installment!
(part 2 is here, Part 3 is here) 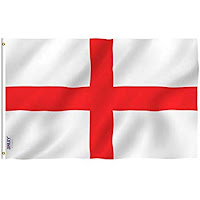 I have compiled the list of top names for England and Wales for 2018. The Data is from the UK Office of National Statistics.

This year I did something a little different. The current trend, especially for girls, is to give hyphenated names. So, in addition to the regular list, there is an additional worksheet (click on the tabs at the bottom) that groups hyphenated names together with their primary name. For example, the statistical count for Lily would also include Lily-Rose, Lily-Mae, Lily-Jane etc. For boys, Bobby would also include Bobby-Joe, Bobby-Jack etc.

Grouping names together like this doesn't change the top 10 all that much, but it does give names a boost that are less popular. For example, the name Billie for girls, without double-name inclusion ranks at #345. When you include Billie-Rose, Billie-Rae, Billie-Jo etc., its rank climbs to #288.

Name nerds like to peruse lists of names. It's a proven fact! Here is a list of unusual names of babies born in the USA in (mostly) 2018 (there may be a few from a couple of years before that, or early 2019). These names were culled from online birth announcements from all around the country. Last names are not included.